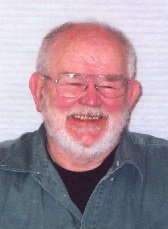 Terry joined the Marines, spending two tours in Viet Nam.  Upon getting out he worked several jobs, then deciding to join the Air Force, retiring from there.  Terry did mechanical work until he was retired for good.

Golfing became his passion, going out to Lester Park with his buddies.  After shooting 18 holes, they would go back later and hunt golf balls; he had quite the collection.  He loved to socialize, telling stories and going down memory lane.  He enjoyed reading westerns & histories.  He was a lifetime member of the VFW Post 137, Northland VietNam Vets & the American Legion Post 71.

He was preceded in death by his parents; siblings, Kenny, Lauretta, Gary and Jimmy.

Thank you to the Silver Bay Veterans Home, which became his other home & family.  They gave him loving, compassionate care.

Visitation will be 10 am until the 11 am Funeral Service on Friday, November 8, 2019 at Bell Brothers Jarvi Dowd Funeral Home, 925 E. 4th Street, Duluth.  Burial will be at Forest Hill Cemetery.  Memorials may be given to the Silver Bay Veterans Home, VFW Post 137 Building Fund or Animal Allies.

To send flowers to the family or plant a tree in memory of Terence Brouse, please visit Tribute Store
Friday
8
November