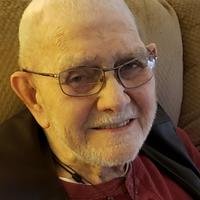 Ted graduated from Central High School in 1944. He served on a minesweeper in the Navy during World War II in Guam. Following the war, his career was proudly spent as a Duluth Firefighter for 33 years, retiring in 1985. Ted was a long time member of the Duluth Archery Club, the Duluth Pistol Club, the United Northern Sportsman Club, and the National Rifle Association. His hobbies were many and varied. Ted was an avid outdoorsman who loved to hunt, fish and camp. He was passionate about firearms and reloading. Ted had an amazing gift in his ability to handcraft a multitude of items, some of which will be at the memorial service. His willingness to help out family and friends was a hallmark of his extraordinary life.

He is preceded in death by his wife, Patricia Riordan Marken.

A special thanks to Primrose Retirement Community for their love, care and support of Ted and his family during this time.

A celebration of life will be held at the Cremation Society at 4100 Grand Ave. Duluth on Saturday August 17. Visitation will begin at 2 PM with a service at 3 PM, followed by a reception.

To send flowers to the family or plant a tree in memory of Theodore Marken, please visit Tribute Store
Saturday
17
August